Here are some links and lists that might help your guitar playing.


While I was Associate Editor at Guitar One magazine, I published numerous articles and columns on playing the guitar. Any issue of Guitar One published between the summer of 2000 and the final issue in the summer of 2007 will have a significant amount of my writing in it. Contributions included performance notes on how to play the transcriptions of songs found in every issue, "Strum It" arrangements of songs especially suited to acoustic guitar and voice, the "Acoustic Cafe" column which addressed the techniques common to acoustic guitar in greater depth, and occasional full-length articles. Unfortunately, all this writing has no web presence at the moment. I am looking forward to uploading all this text in the near future. Stay tuned.

I would also highly recommend the Beatles "Anthology" series of albums for brilliant versions of their songs as they were working them into their final forms. Many of these "in-progress" mixes show off the songs with just acoustic guitar and voice, and also show how amazingly flexible they were as musicians and songwriters. For example, George Harrison recorded a demo of "While My Guitar Gently Weeps" in D minor, capoed up five frets to G minor. Then, a month later, the full band recorded it in A minor, played in open position on guitar - a completely different set of chord shapes!

For great chord progressions, try:
For No One
Girl
Here, There and Everywhere
I Want To Hold Your Hand
I'm Only Sleeping
If I Fell
Let It Be
Michelle
Penny Lane
She's Leaving Home
Strawberry Fields Forever
Things We Said Today
We Can Work It Out
Yesterday
You've Got To Hide Your Love Away

Some VERY challenging guitar:
Blackbird
Here Comes the Sun
Norwegian Wood
Something
Taxman
All My Lovin' (the strum!)

Other Instructors
Graham Tichy plays everything from jazz standards to Roots rockabilly to English Invasion pop. And he's a fine instructor, too! Check out his web site:
www.GrahamTichy.com

Here is a collection of PDF files you can click on and print to create your own blank staff paper, blank TAB, blank chord blocks, etc. before I created these files, I scoured the web to see what was available. I found plenty of free downloads, but few that I found useful. I won't enumerate the problems solved in these files; you just go ahead and enjoy them. They all fit on an 8-1/2" x 11" sheet of paper. NOTE: Click on the highlighted text below the images, not the images themselves! 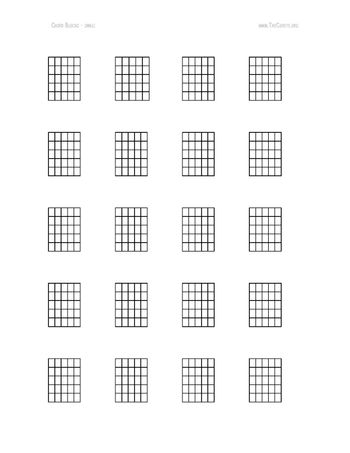 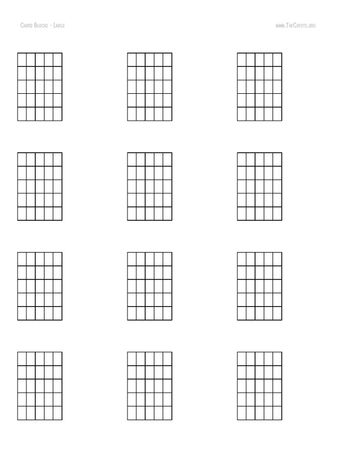 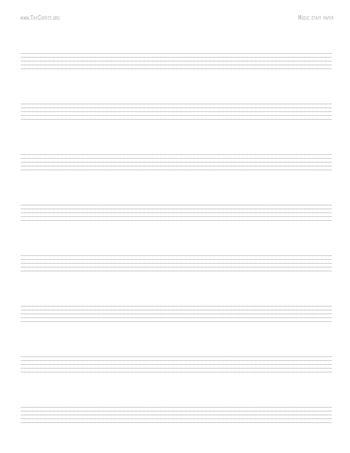 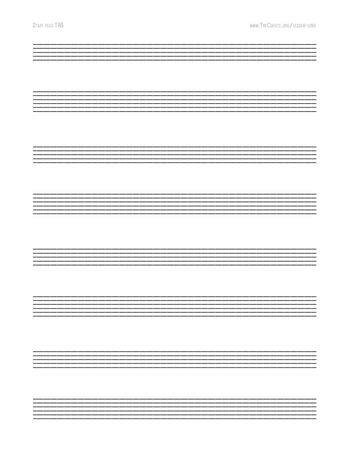 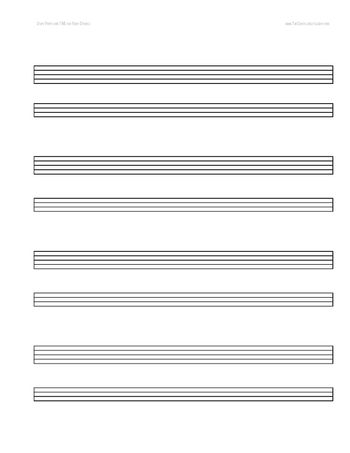 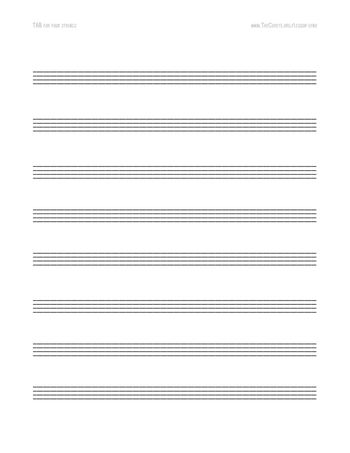 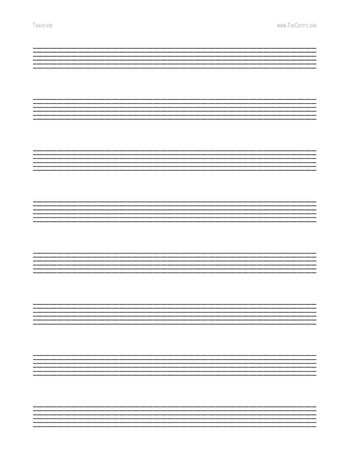 NOTE: CLICK ON THE HIGHLIGHTED TEXT BELOW, NOT THE IMAGES ABOVE!

If you're really serious about writing out music on good quality paper, get a few packs of D'Addario's Archives music manuscript paper. (Click on the previous text to view it; it'll open in a new page.) This is the paper I've been using for decades now, specifically Item LL8S, the looseleaf paper with 8 staves. I use it whenever I want to write out a really nice chart, or when I'm preparing manuscripts for publication. Many of you have seen me grab a sheet of this and write out a chart in standard notation, or grab a ruler and a UniBall pen to add a line for TAB notation. The paper takes pencil and ink extremely well (no pencil smudging, no ink blotting), it holds up to multiple erasures, it has a really nice weight, and the texture is creamy-smooth with a nice tooth for pencil work. It also has a very neutral pH so that the paper will not discolor or become brittle with age. It's $5 for a pack of 50 sheets.