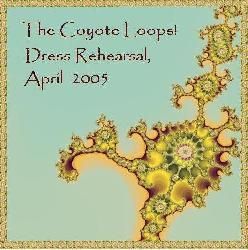 "Some of it's so beautiful it's tear-jerking. Some of it is like a horror film. The textures are truly captivating. You can't stop listening." - Scott Ferreira

The Coyote Loops! Dress Rehearsal, April 2005 is the first full-length CD of Douglas Baldwin in ambient/loop mode. This CD represents two evenings of “dress rehearsal” recorded and very minimally edited to reflect what is available when the Coyote loops in a live performance. The music was recorded on two nights in April 2005; each night consisted of one continuous, uninterrupted take. The first night yielded the first six tracks in the order that you hear them; the final track was recorded on the second night only because of a malfunction of the recording during the first night. Very minimal editing was used to bring the two recordings together. In other words, what you hear is an accurate representation of the kind of continuous music the Coyote was performing at that time.

The Coyote is seeking performance venues receptive to this kind of music. Performances can be tailored to the event: an hour of gentle drones and wispy melodic material is as possible as an hour of relentless electronica-tinged percussiveness. The Coyote is interested in multi-artist billings and will consider the occasional cohort for simultaneous performance.
For bookings or more information, contact me here.
To purchase a copy of The Coyote Loops! Dress Rehearsal, April 2005, hop on over to the Gift Shop. 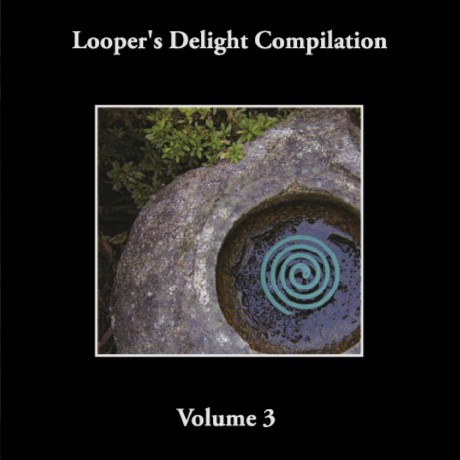 Loopers Delight Compilation Volume 3
Seventeen looping artists contribute to this compilation, including The Coyote Loops! performing an excerpt from "The Long Dance."

Some kind words from a German review of the CD, found at the Feindesland website:

My best translation so far:

Those who appreciate fastidious guitar playing should try the excerpt of ' The Long Dance' by The Coyote Loops!, the Ambient project of Douglas Baldwin. Individuals who are especially interested in the direction of German drone pioneers Troum will respond to this - very fine.

And a better translation of the review's concluding paragraph:

Those truly interested in ambient who are looking for a multi-faceted documentary sound selection should get "Looper’s Delight Compilation Voume 3." Unlike other compilations, there’s no filler with rejects here. Instead, real lights that shine clearly and brightly on the ambient sky are stringed together. In my view, a purchase is compulsory for those who collect musical treasures from the underground.
(To read the entire review in German, try clicking here.)

If you're into looping, or just curious, Loopers Delight Compilation Vol. 3 is the CD to have. You can purchase it at the Gift Shop or, if you have any doubts that this will be the best money you've ever spent in your entire life on anything, go to http://www.cavestudio.com/electr-ohm/en/LDCD3/ and read up on the wide range of contributing artists and listen to some excerpts from the pieces.